Siempelkamp pushes ahead with internationalisation

The Krefeld-based Siempelkamp Group will position itself with a stronger international focus in future, and will make greater use of its foreign production locations. With this move, Siempelkamp is reacting to new competitive situations, and to the weakening of originally strong markets such as Russia and Brazil. The Krefeld location remains the "heart and mind" of Siempelkamp. In recent years, Siempelkamp has consistently been expanding its manufacturing facilities internationally in the Czech Republic and China. The global network of sales and service companies is also a component of this internationalisation process.

The new large-scale manufacturing site in Qingdao, China, which went operational in October 2015, will in future be used much more intensively for producing large-scale parts for press manufacturing. "We will produce where our customers are," emphasised Dr Hans Fechner, Spokesperson of the Executive Management at G. Siempelkamp GmbH & Co. KG, on 12 February 2016, at a press conference in Krefeld. "Furthermore, we will significantly expand our production facility in Blatnice, Czech Republic, in order to continue being able to produce at competitive prices in future."

With these actions, Siempelkamp will consolidate and expand its market position and technological leadership in future, particularly in the wood-based panel and metal forming industry. This includes in particular the expansion of business activities in the future market of China. As a result, Siempelkamp will eliminate a total of 350 jobs in Germany in 2016 and 2017. "Complex technologies and business secrets will remain here in Krefeld, and at other locations in Germany," the Siempelkamp Managing Director explained further.

In addition to increasing the value of foreign production locations, Siempelkamp will additionally be sustainably strengthening the German location: at the Bad Kreuznach location, a modern logistics and service centre is being created for supplying replacement parts globally to Siempelkamp customers.

In the Foundry Technology business unit, necessary structural adjustments are being made to the current competition situation. The foundry is suffering under the embargo policy against Russia, and the Russian counter-embargo. Furthermore, drastic drops in the prices of raw materials have led to a decrease in business in the mining sector. The general weakness of the BRIC countries has led to customers postponing investments indefinitely. These developments have immediate consequences for the foundry business. "We expect no improvement of the situation in the foreseeable future, and therefore have to react now," says Hans Fechner. This unfavourable development in the foundry business has directly affected Siempelkamp Maschinenfabrik. Here, too, personnel numbers will be reduced.

In the Engineering and Service business unit, further adjustments will be required. The decision of the German Federal Government to phase out nuclear energy and the associated tasks have resulted in fewer employees being required at locations in Germany. The production of large-scale storage casks in Mülheim an der Ruhr has stabilised – but at a lower level.

In the USA, business relating to the dismantling of nuclear power plants is going considerably better: only recently, Siempelkamp completed the largest dismantling project in the history of the American nuclear energy industry, with the successful disassembly of the reactor pressure vessel at the Zion nuclear power plant on Lake Michigan. Following this success, Siempelkamp NIS-Ingenieursgesellschaft in Alzenau is expecting further dismantling follow-up orders from the USA, says Fechner.

"This now represents the implementation of the strategy that we have long been announcing – the internationalisation of the Siempelkamp technology group. The general conditions in the global economy have confirmed the necessity of this step. Siempelkamp is still technology leader in many key markets, and will remain so. The "heart and mind" of Siempelkamp remains here in Krefeld", concludes Hans Fechner. 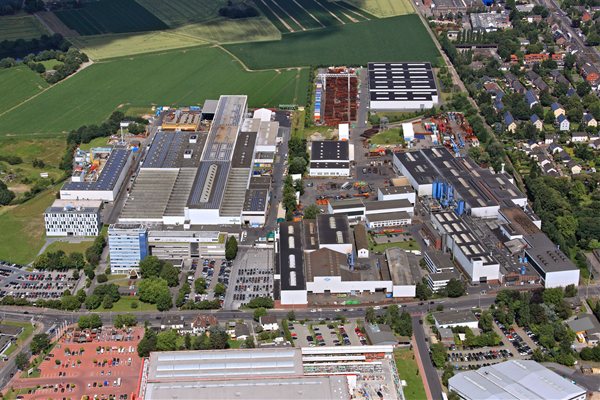