This company is co-exhibitor of
ARTRUNL DOO 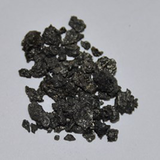 Mainly using the aluminum powder and strong reducing agent not graphite carbon materials as the oxidants, then get the carbon –free feeding compound. It is very important to stainless casting and nonferrous metal foundries.

TDWFEX low carbon feeding compound is applicable to risers feeding steel casting which is sensible about carbon, it is made up of low carbon materials.

Shandong CQ New Materials Inc. (abbreviated as "CQ New Materials") was founded in 1976 with registered capital of RMB10 million and covers an area of 32,000 square meters. It formed by two subsidiary entity production plant: Qufu Chunqiu Metallurgical Materials Co. Ltd and Qufu Foundrier Casting Industry Service Co., Ltd. The former of the company, Qufu Guogou Refractory Plant, was founded in 1976,is a collective ownership village-run enterprises. I t was restructured into Qufu Chunqiu Metallurgical Materials Co. Ltd(Investment or holding by natural persons) in 2008. In the year of 2009, it through the IS09001: 2008 quality system certification and through the standardization of production safety certification and ISO9001: 2015 new version of the quality system certification in September 2016.